SMRs: a question of when, not whether?

The momentum behind small modular reactors continues to build worldwide 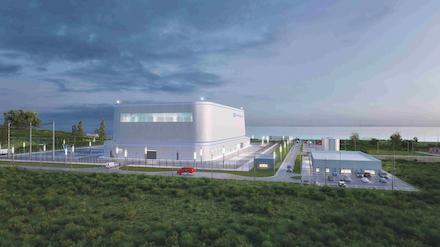 A recent significant development was the announcement by small-PWR developer NuScale Power that it was making a strategic shift from product development to product delivery by establishing the new VOYGRTM Services and Delivery (VSD) business unit. Comprised of services, supply chain, and client management functions, this new organisation will be dedicated to working with customers and tasked with the delivery of services and equipment associated with the sale, development, delivery, and commercial operation of NuScale VOYGRTM power plants, the company says.

After receiving the first ever SMR design approval from the US Nuclear Regulatory Commission (NRC) in August 2020, NuScale say it has been focused on completion of its deployment readiness programme, including finalisation of the standard plant design and supply chain readiness, including extensive manufacturing trials.

In May 2022, NuScale, following the merger with Spring Valley Acquisition Corp, became the first publicly traded company focused on the design and deployment of SMR technology.

NuScale says that “customer-centric restructuring” is a critical step to prepare the organisation to scale and meet “rapidly growing global demand.”

NuScale’s lead customer is Utah Associated Municipal Power Systems and its Carbon Free Power Project, for which current project activities include the placement of long-lead equipment orders, there are other “key customer engagements” in Poland and Romania, the company says.

Meanwhile, as reported in this month’s news pages, Rolls-Royce SMR has signed an exclusive agreement with the Dutch development company ULC-Energy to work together to deploy SMR-based power stations in the Netherlands.

Rolls-Royce its planned SMR offering (a 470 MWe pressurised water reactor, building on submarine experience) would be constructed largely in factory conditions, reducing project risk and build schedules (a key priority for the nuclear industry, to say the least).

In addition, Rolls-Royce SMR has also recently signed an MoU with Czech nuclear engineering and manufacturing firm S?koda JS, with a focus on potential SMR deployment in the Czech Republic and central European regions.

Seen as a factory manufactured product, “having the right partners in key locations around the world” is regarded as an important aspect of the Rolls-Royce SMR “international delivery model” and the company believes there is “a tremendous opportunity to develop international strategic supply chain partners”, deriving “benefit from their decades of ongoing manufacturing knowledge.”

Milos Mostecky, commercial director of S?koda JS, observed that the S?koda JS shops in Pilsen were originally designed to produce components for 440 MW PWRs [Russian designed VVERs], so “the potential for utilisation of our engineering, manufacturing and maintenance capabilities and know-how for SMR projects in Europe is, therefore, significant.”

GE-Hitachi has also been making some headway with its BWRX-300. Most notably, following a “thorough assessment of several SMR technologies”, SaskPower has selected the BWRX- 300 for potential deployment in Saskatchewan in the mid-2030s.

SaskPower has been assessing the potential for a pan-Canadian, fleet-based deployment of SMRs since 2019, with a fleet-based approach perceived as offering many advantages for Saskatchewan, including lower regulatory, construction and operating costs while also eliminating first-of-a-kind risk.

SaskPower will not however take a decision until 2029 as to whether to actually build an SMR, with several years of project development, licencing and regulatory work required in the years ahead to enable nuclear power from SMRs to be an option by the mid-2030s.

Having selected its preferred reactor technology, a key next step for SaskPower is identifying an appropriate site for the first nuclear power facility.

SaskPower is currently conducting a detailed technical evaluation of potential regions that could host an SMR, and is expected to identify these suitable regions this year.

The UK is also on GE Hitachi Nuclear Energy’s agenda, with GEH and Sheffield Forgemasters having recently agreed to co-operate in support of the potential deployment of the BWRX-300 SMR in the UK.

Through a memorandum of understanding, GEH and Sheffield Forgemasters have agreed to discuss how the Sheffield-based company’s existing and future capabilities could help meet the potential demands of BWRX-300 deployment.

“As the UK government aims to expand nuclear power capacity to 25% of the nation’s electricity needs, we are pleased to be working with... Sheffield Forgemasters to discuss a potential supply agreement for forgings in support of the deployment of BWRX-300 SMRs,” said Sean Sexstone, executive vice president, Advanced Nuclear, GEH. “We will also look at how Sheffield Forgemasters’...capabilities can help meet the growing global interest in the BWRX-300.”