What lessons can we learn from past projects? 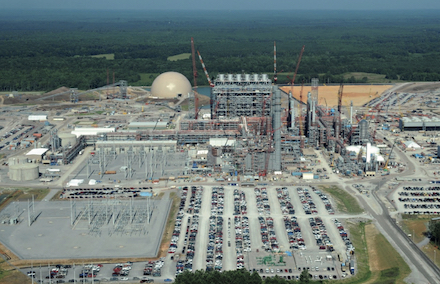 Lessons for the next wave of CCS power plant deployment might be learned from looking at what we know of the small number of previous CCS power plant projects, as well as experience from previous periods of innovation in power plant technology.

To date the biggest perceived problem in the power CCS sector has been that proposed projects will fail to get enough government support to make them commercially viable. But, as a recent report by IEEFA (Institute for Energy Economics and Financial Analysis), The carbon capture crux: lessons learned, has highlighted, power CCS projects that did get support and made a positive final investment decision (FID) have all subsequently had significant technical problems.

The sample is small – just three projects – but the fact that out of these three projects two are not operating and one appears, at least for a time, to have had excessively high operating costs for solvent management strongly suggests that it would be advisable to take steps to ensure that analogous technical problems do not occur in the future.

It is worth noting that the consequences of technical failures post-FID in the next wave of CCS power projects are much more severe for society as a whole than for many of those involved in the up-front decisions that will largely lock-in the subsequent technical outcomes. Conflicts of interest may therefore result in technology-related decisions being taken that are not in the wider interests of society at large, which (directly, through taxes, or via unavoidable charges on future energy bills) is expected to subsidise them.

For those with a stake in a particular technology, such as its proprietors, project development teams that have selected the technology, and those involved in funding its previous development, a large-scale project that goes ahead, even with relatively high technology risks, is likely to be preferable to no project at all. If a project is not selected for government FEED support, or if it subsequently fails to make FID, then the technology may be abandoned, while, obviously, if it does go ahead the project may be successful in proving the technology. Anyway, for many technology proprietors the financial risk exposure will be limited, possibly to very low levels indeed (ie, some fraction of a licence fee), while project development team members and project selectors may well feel that problems that might occur five or more years after their first goal, FID, is achieved are too remote to worry seriously about. However, for society as a whole, the risks are likely to be more consequential. These include any financial losses that, notwithstanding a nominal position that ‘industry takes all the risks’, may result in wasted taxpayer subsidies or impact on investors acting on behalf of large numbers of people. But, much more seriously, there is a real risk that, if a second wave of implemented CCS power projects comes anywhere near the proportion of technical failures seen previously, then power CCS, on fossil fuels and on biomass and wastes, will not subsequently be deployed as rapidly and widely as it needs to be to help stop dangerous climate change.

Fortunately, experience gained on the projects so far suggests that the measures that need to be taken to avoid a repeat of past problems are very simple:

In addition, although likely not to be the direct responsibility of the power CCS project developers, make sure that multiple, independent CO2 storage options are available. It is inevitable that there will be incomplete knowledge of the geology at any storage site (except, perhaps, for depleted gas fields), as evidenced by initial plans for saline aquifer storage not being able to be realised in several implemented projects. Sites that transport CO2 to storage by ship obviously have very good optionality in this respect, if not constrained contractually.

The evidence underlying the recommendation to be able to switch post-combustion capture (PCC) solvents and to conduct very long-term testing is reported at length in a Best Available Technology (BAT) review previously undertaken by the authors. At the first of the PCC power projects, the Boundary Dam 3 (BD3) unit in Saskatchewan, replacement costs of the order of $20/tCO2 were reported for the selected solvent in evidence to a government committee and also suggested in the 2019 GCCSI global status report, and improved reclaiming methods were apparently sought.

At the second PCC power project, the Petra Nova (PN) facility in Texas – a 50:50 joint venture of utility NRG and JX Nippon – the capture plant was not restarted in 2020 after a planned shut-down, with low oil prices stated as the reason (the captured CO2 was used for enhanced oil recovery). But, since the plant was not subsequently restarted when oil prices rose and the 50% share owned by NRG has recently been sold for $3.6 million to JX Nippon – less than 1% of its original value – it is possible that net operating revenues, even when sunk capital costs are discounted, are unattractive. Solvent management costs of the order of $10/ tCO2 were suggested in the 2019 GCCSI report.

The new 100% owner, JX Nippon, has, however, said they “aim to be ready for resuming operation of the CO2 capturing facility in the second quarter next year”.

At the time of closure Petra Nova had operated for about three years (with some outages). The solvent used at PN had previously been tested at large pilot scale at Plant Barry for over 13 000 hours, but these tests obviously still could not give advance warning of any issues arising after a more extended period of operation.

The critical point of failure at the Kemper County IGCC project was the gasifier, but this was a key enabler to allow a proven CO2 separation technology to be used and so an integral part of the whole CCS package.

While much of the project cost over-run (> $7bn spent vs. ~$2.5bn estimated at FID) may be attributed to ‘mega project’ factors (ie, project management issues that are not technology-specific) the ‘show-stopper’ appears to have been the failure of the refractory lining of the gasifier when the plant finally commenced operation. The gasifier technology had been extensively tested at a pilot scale of 50 tonnes of coal per day but was then scaled up by a factor of over two orders of magnitude in throughput for Kemper County.

Evidence underlying the ‘factor of two scale-up plus two years operation’ recommendation comes from the, largely successful, history of steam plant development over a period of about 30 years in the second half of the 20th century, as, for example, undertaken by the CEGB in the UK. This involved significant innovation in both static high-temperature and high-pressure components in the boilers and also in rotating machinery subject to very high thermal and mechanical stresses in the turbines. As shown in the graphs, unit sizes were never increased by more than a factor of two, and often much less, and the limits of high-pressure steam temperature and pressure for sub-critical units were tested before the major increase in unit output. Very importantly, although the developments involved a number of technology suppliers the CEGB was able to take an overview of technical progress and ensure that effective knowledge transfer, and supporting investigations and research, took place at all stages.

The rest of this decade promises to see a number of new power CCS projects being built and, if successful, these can provide the reference plants for a rapid roll-out in the next decade to help avoid the risk of dangerous climate change. Some technical teething problems are to be expected but these can also be very valuable learning opportunities for the whole industry if proper knowledge transfer arrangements are in place for publicly-supported projects. However, provided a few simple precautions as outlined here are adopted, fundamental show-stoppers will be much less likely to be encountered and the current record, with one power CCS project currently running out of three built, will be converted to the necessarily high success level needed to encourage new investment and government policy support.

The authors’ research work includes the use of non-proprietary solvents for post-combustion capture and also the development of small-scale test equipment for very long term on-site assessment of solvent management and corrosion (as recommended in this article).